Post-Grad: From a Parental Perspective 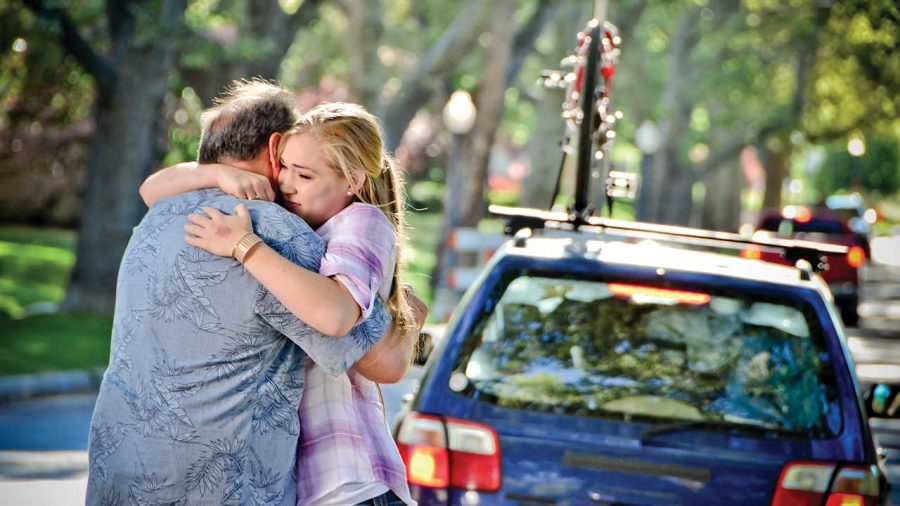 College application season is up and thriving, and it’s very obvious that this year’s graduating class is more than ready for the stress to be over. (We have less than half a year before graduation, so get excited fellow seniors!)

There’s no doubt that graduation brings along new certain realities; everything that seemed too distant in the future to worry about suddenly becomes very real, very fast. All your friends will have other things to do, you’ll have new, adult responsibilities, your old teachers will have new students, and everything just changes. Life moves on.

The hardest thing that students fail to see is how their post-graduation plans affect not only themselves, but their parents as well. After talking to some Chatfield teachers – A.K.A. full time parents – it was evident that post-graduation is hard for everyone in the family.

“It felt like my heart was ripped out,” Mrs. Gunkel recalled. “Life changes… it’s like a kid is ‘missing’ from the house. Lucky for me they were more than prepared for the next stage in their life.” For the first time in their lives, parents won’t know what their kids are doing, every second of the day. If anything, not being able to know everything that their kids are doing makes it challenging for parents. It’s hard to see them leave the nest. It’s like the anxiety gets worse after the kids leave because “it’s still stressful seeing kids go through adult problems.”

Mrs. Lazzeri also experienced similar emotions. “It’s definitely bittersweet, because it’s clear that things won’t be the same. I totally felt that angst; it just felt like the end of an era.” For those bigger families with multiple people leaving the house, it’s inevitable that the house will become smaller and smaller. “There’s just a point where you realize: ‘well, we taught them the same way we taught the first one,’” Lazzeri continued. Homesickness is always going to be a factor, but time just has to move on. “It’s definitely gonna be weird when the last one leaves, that’s for sure.”

So yeah, it’s not just us. Everyone goes through the cycles of change. But on the bright side, there are some good sides to having extra space in the house – it’s not all sadness and depression.

“It definitely felt empty, but it was good that we didn’t have to look after them anymore,” Mr. Newson assured. Now with no one (or at least, not as many kids) to look after, parents all of a sudden have this free time to spend. It’s a great opportunity for them to get together with old friends, colleagues and most of all, each other. “It gave me and my wife space to interact as a married couple,’ Newson went on. “It felt like we were getting to know each other again… So, as sad as it was to see our kids go, me and my wife celebrated, because they were ready to leave.”

There are also parents that completely trust their kids in their new environment. Mr. Moore (the elder one) recalled, “when my step-daughter went off to CU Boulder, it was sad to see her go, but it was what was best for her,” said Moore. “Knowing that it was not too far made it easier.” Adulting problems are one of those things that everyone goes through, but going through them the first time is what makes it easier to deal with as they happen again later on in life. “[Of course] she had to figure a lot out on her own… but she’s pretty strong, so I didn’t sweat on the small things. I wasn’t worried if her car would break down or something like that, because I knew she would be able to handle it herself.”

Parents almost always inadvertently prepare their kids for whatever will come their way later on, whether it be letting them handle their own workload or letting them suffer through logical consequences of their actions. “We made them brave and independent,” Mrs. Valerio individually added on. “We let them do things themselves… because they were involved in a lot of different things, we expected their responsibility along with it.” When it comes to transitioning into the adult world, it’s important to understand that as much as you have to adjust, everything you need to know about working your way in the world has already been taught to you by your parents. It’s just now a one-man show, and you’re the star.  “We still love them all the same,” Valerio continued, “but it’s nice to be a part of their lives instead of running their lives.”

The biggest thing that parents have to adjust to other than the absence of their beloved offspring is the new form of communication they have to get used to. Adjusting to the distance is one thing, but what about those lack of regular conversations? Those times spent just talking to each other? Does any of that change?

The answer: no, for the most part. Gunkel, Lazzeri, Newson, Moore, and Valerio all still talk to their kids. The only real difference is learning to adjust to their kids not being “kids” anymore.

For Gunkel, she didn’t contact her kids for 6 weeks, so that they could have their own space to start their lives, and when they did call, she made up for the time with her kids by asking a ton of questions.

It was a little different for Lazzeri, because once her oldest daughter came home, they had to make it clear that even if she was an adult, it wasn’t like college where you can just come home at 1 in the morning with no consequences.

Newson still talks to his son and daughter all the same, and they still towards him for emotional support, but of course there’s that adjustment of learning how to interact with them as adults.

Moore and his wife still keep up with their daughter, like how her new job is like, because it’s a wonderful feeling to see her succeed. It’s nice to not have to worry about her, and just see her live her life.

And last but not least, Valerio still often talk to her kids, even if they all live in different states. She still treats them like her kids, but she’s glad to able to just enjoy her kids now.

In conclusion, it’s hard. Everything changes, ad the only choice that parents really have is to move on and just take things as they are. It’s an overwhelming consensus that even if it hurts them to see their kids leave, it matters more to parents to see their kids succeed. It’s just weird to know how all of those years go by in the blink of an eye. As a wise person once said, “the days go by slow, but the days go by fast.”

Despite all of that, graduating is a time to celebrate. No matter how hard life will be after high school, it’s important to remember that as hard as it is to see your time in high school come to an end, it’s exciting to see the next chapter of your life unfold.

So keep your chins up Chargers, because it’s just the beginning of a new era, both for you and for your parents.