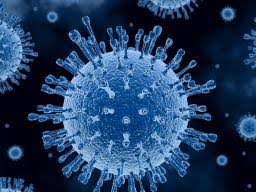 There is an epidemic spreading, this unstoppable disease is causing fatalities around the world: the Coronavirus. This illness is most commonly present in animals, but there are  strands present that can infect humans. These diseases are caused when “viruses undergo evolution and natural selection, just like cell-based life,[…] most of them evolve rapidly. Coronavirues are over 10,000 years old. Early coronaviruses affected bats, birds, bovine and canine species. The human types were first observed around 1000 years ago” (Koontz, Justin. Personal interview. 10 February 2020.). This virus causes upper-respiratory infections, and can lead to further issues like pneumonia and bronchitis. This illness is airborne and can also be spread through contact. The probability of this infection increases during the fall and winter seasons in America. Young children are also more prone to be inflicted with this virus than adults. Symptoms include runny nose, headache, coughing, sore throat, and fever. This disease acts as a common cold at the beginning but can lead to further more fatal illnesses.

Furthermore, Justin Koontz, AP Biology and Forensic Science teacher, states that “Since 2010, roughly 60,000 people die annually from flu variants in the United States, alone.  According to CNN, as of 2/17/20, roughly 1,700 have died globally from the currently publicized coronavirus variant” (Koontz, Justin. Personal interview. 10 February 2020.). Mr.Koontz supports the idea that people are over publicizing this disease. Such disease epidemics occur continuously, such as “SARS (2003) and MERS (2012) viruses were highly publicized. Combined, less than 2,000 people died globally” (Koontz, Justin. Personal interview. 10 February 2020.). Fear drives people, companies and corporations use fear as marketing. Fear causes people to overreact and before the blink of an eye chaos breaks loose. These fears cause people try and find solutions, which leads companies to invent products that often do not have an impact on stopping the issue. This over publicity of this disease is just a way for companies to profit. While this disease is an issue and has killed many people, it often progresses due to lack of medical access or treatment. The Coronavirus is a serious issue, but compared to other more common illnesses, this is just another cold passing around. So instead of worrying about this virus try and be cautious of other more serious illnesses that are more common.