"In Roman times, the practice of carrying a concealed dagger in the sleeve was common so for protection the Romans developed the Lower-Arm-Grasp as a common greeting." 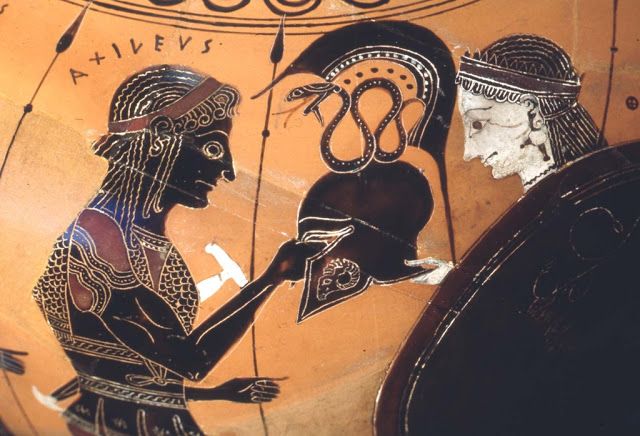 History has seen many greetings. However, many ponder the origins of the handshake. The very first depiction of a handshake was in the 9th century B.C. between a king and a Babylonian ruler. In America, it is speculated that Quakers are the origin, “The modern handshake as a form of greeting is harder to trace. Traditionally, the origins are often given to the Quakers. But as Dutch sociologist Herman Roodenburg—the chief authority for the history of handshaking—wrote in a chapter of an anthology called A Cultural History of Gesture, “More than in any other field, that of the study of gesture is one in which the historian has to make the most of only a few clues.” (Thompson 2020). This gesture in early times was an action intended to check if someone was concealing a weapon; rather than greeting them.

Movies like 300, Troy, and Clash of the Titans depicted the famous Roman Handshake. During these times historians believed that these handshakes represented comradery. However, it was only used during theater performances to add drama. Was it also used in battle? There is no concrete evidence to support this hunch. The handshake originated with actors, “However, there seem to be no Roman era depictions of this handshake. As we saw above, there is plenty of evidence of ordinary handshakes from the Roman era, so we have to conclude that it’s a later invention. It may originate from the theatre where actors wanted to make the handshake look dramatic and to emphasise comradeship and male bonding.” (Morton 2016). The handshake was invented to add drama, but it is still a part of history. Movies and shows add fiction to amuse an audience. When will they stay true to the story with something simple as an authentic greeting?

Thailand has a very odd gesture. Handshakes are seen as disrespectful and are shunned within society. Gestures and sayings are different for both males and females, “Don’t shake hands! The person will offer what’s called a “wai,” placing their palms together at chest level and bowing. Return the gesture. If you’re a man, greet them with “Sawadee-krap.” If you’re a woman, say “Sawadee-kah” (both mean “Hello). Shake hands only if a wai is not offered.” When greeting someone, you must always accept their invitation and smile. Being sad or angry is seen as disrespectful, you should always be happy and confident.

In Kenya, everyone is family. Ask about life, hobbies, family, friends and how they are doing, “When greeting elders or high-status people, grasp the right wrist with the left hand. Say “Jambo” (How are you?). Afterward, ask them about business or their family. It’s rude not to.” It is a tradition to treat people as if they were your neighbors. Kindness and respect go a long way in their culture, which is why it works so well. People in Kenya are specifically curious and loving, so a simple handshake could mean all the difference when meeting someone new!

In America, we are accustomed to a simple handshake. However, due to the recent COVID-19 outbreak, social distancing has made greeting someone hard. Stores refuse handshakes, and most people greet each other with an elbow bump or a nod. How will greetings change as we move forward? Only time will tell.