With Broadway being shut down for more than a year now, what will Broadway look like when it eventually reopens? 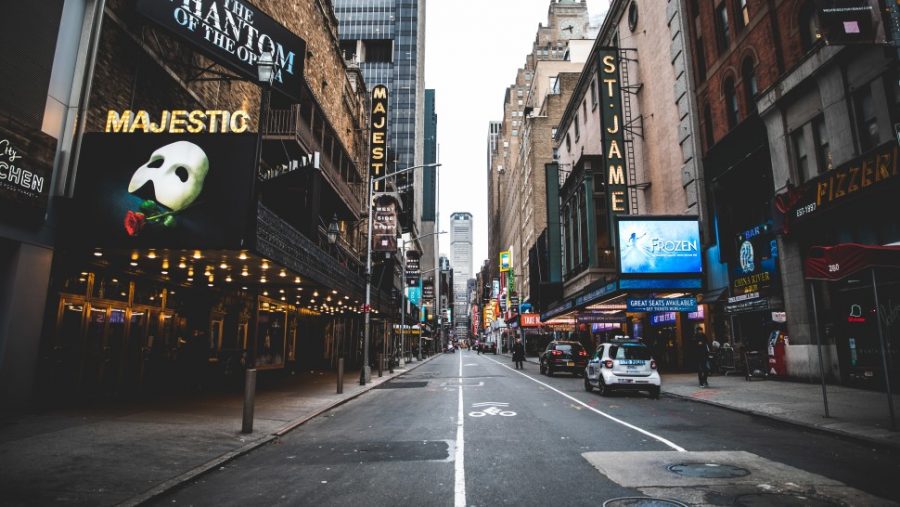 For years, Broadway has been the cultural home for all of musical theatre. Actors want to play on a Broadway stage, customers want their outfits to glimmer in the Broadway lights, and playwrights and composers wish to have their work to be performed on Broadway. This is how it has always been for centuries, but the COVID-19 pandemic has led to the longest Broadway shut down in history and put into question the future of Broadway as a whole. 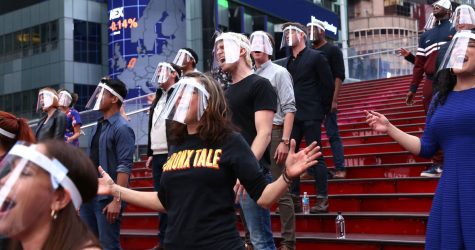 For many musical theatre lovers, Broadway serves as the pinnacle of the performing arts in the United States, but besides the temporary loss of such an important cultural experience for consumers, the Broadway shut down leaves nearly a hundred thousand people without a job. On March 12 of last year, when COVID-19 became more and more worrying, the governor of New York, Andrew Cuomo, announced that all Broadway theatres would be shut down. At the time of this shutdown, 31 productions were running, and many more were soon to open later within the year. Early on in the shutdown, many people thought that there would be able a swift return to Broadway, but as the threat of COVID-19 grew, the return date was pushed farther and farther back, with The Broadway League eventually announcing that the shut down is extended until May 30, 2021.

Throughout the suspension of Broadway performances, there was also a saddening amount of shows that were forced to shut their doors completely, such as the hit musicals Beetlejuice and Mean Girls. With an entire year of Broadway being dark, theatregoers are anxious to attend the theatre once more, but, in a statement from Charlotte St. Martin, President of the Broadway League, “With nearly 97,000 workers who rely on Broadway for their livelihood and an annual economic impact of $14.8 billion to the city, our membership is committed to re-opening as soon as conditions permit us to do so. We are working tirelessly with multiple partners on sustaining the industry once we raise our curtains again,”

With the return of Broadway still unknown, many people have started speculating how Broadway and theatre will change once it eventually reopens. Different social distancing, masks, and cleaning protocols will obviously be put in effect, but what about the overall atmosphere of Broadway? Will we see a decrease in Broadway shows in the future? Will a large number of actors leave the industry as a whole? Will we see a large number of Broadway pro shots released to the public like Hamilton on Disney?

The future of Broadway may be unknown, but one thing is for certain, the COVID-19 pandemic will absolutely change the legacy of Broadway forever.