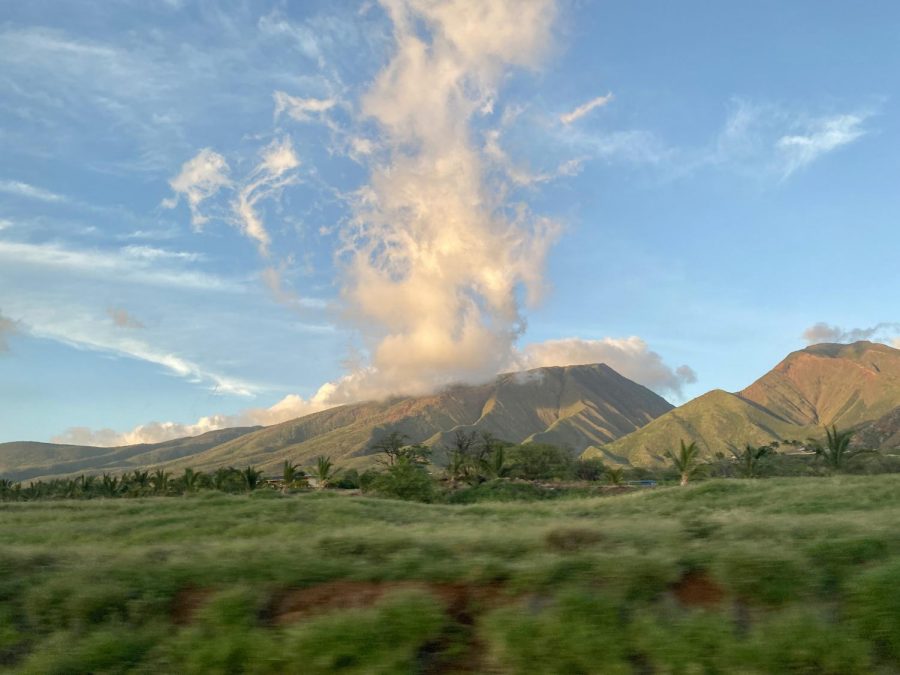 When spring break comes around people either stay in their own state or travel. Like everybody else, my family and I were a little tired from being so cooped up. So, we decided to take a week trip to Hawaii! There are only a handful of things that I can say have left me in awe and Maui, Hawaii is one of those. The things I learned, the things I did, are unbelievable and only possible in Hawaii. Hawaii and its culture is so magnificent and unique. 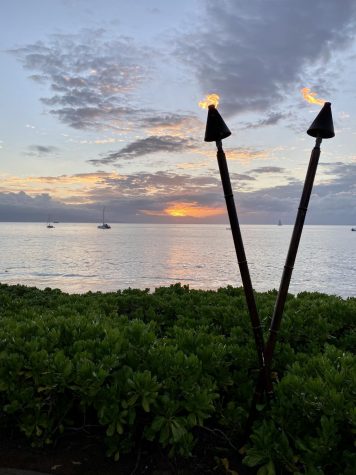 The very first thing we did when we got there was The Road to Hana. The Road to Hana is generally a tour halfway around the island but since the tour guide, Sean, liked us, he took us around the entire island which was a whopping 10 hour tour. Now, something you should know about the road to Hana is it’s considered to be in the top 5 most dangerous roads in the world. It has 620 curves and 59 bridges. By the time you get halfway through your tour, the road is as big as a one-way street and you still gotta share the road because there’s still oncoming traffic. If you haven’t traveled on this road before, I highly recommend getting a tour guide who knows how to work the road. Since we’re on the subject of tour guides, mine was quite crazy. He literally stopped us on a hill and asked us if we wanted to fly, he got so close to the cliff on a road to where you could see the drop from the window, and finally our tour guide asked if we wanted to jump off a cliff. My little sister and I said yes so we went cliff jumping off of a water fall.

During this road trip I got to learn a lot about the Polynesian culture and how Hawaii came to be. Throughout the entire tour Sean pointed out various trees, plants, animals and gave us the exact history of how it was brought over the island. The Polynesians are very strict on what they allow and don’t allow on the island which is why the animal species that are there are limited. My tour guides saying is, “the only way things get over here is by the three W’s. Wings, wind, and water”.  Did you know there are no snakes in Hawaii?  None!  Zero!  Zip! 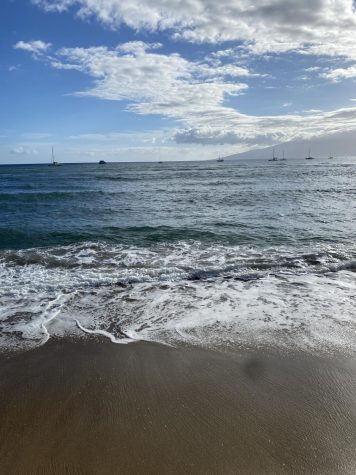 Our first stop was this bee sanctuary place up in the mountains. These ladies are living up there for free as long as they give 5 hours of community service to the island. Another thing I loved about their culture is that they believe as long as you provide for the island, the island will provide for you. So the girls maintaining the bees and keeping them healthy is their payment for living there, which I find awesome.

The next place we stopped was this church, weird right?  But the story behind it is, whenever that part of the island had a tsunami, everyone would pile into that little church because it’s survived the last 3 tsunamis that hit that island and it’s still standing. While we were at that stop I decided to head down to the beach and I wanted to bring some type of rock or sand, just as a souvenir. Another fact you should know about the island is it has a gigantic volcano on it. Since its last eruption, a bunch of lava rocks formed and were all over the beach. Sadly, there was a legend that says taking sand or lava rocks is bad luck so I just moved onto the rest of the tour. 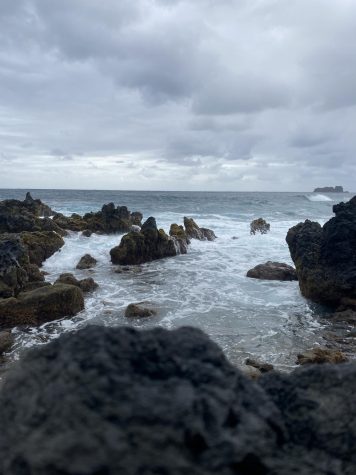 One of my top favorite things about Hawaii was just driving. I got to lay back and take in the breathtaking view I had. I got to look around and see the culture for myself, see how the island works. Something I’m sure a lot of people would like is the fact the Polynesians let their animals roam everywhere. I mean chickens, roosters, birds, cats, horses, and even donkeys roaming wherever they seem fit. There wasn’t one meal I had where I didn’t see a chicken or cat or bird pass me. At the same time it freaked me out at first, I loved it! 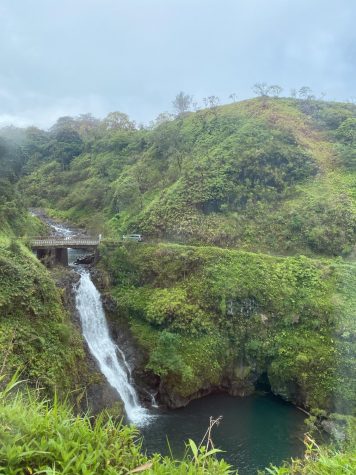 About halfway through my spring break my family went to our first luau. There was dancing, singing, fire, and even a little story telling. With every dance the dancers performed, they had a story tied to it. It was probably the best story time I’ve ever had lol. They start off by describing a king, then a queen, and finally the queens sister. The myth is that the queens sister fell in love with the king and because of it, got banished to an island. There was a big fight and a lot of stuff in between but it all got represented through dance and song. This island the queen’s sister got banished too was later called Hawaii.

The culture in Hawaii is something unreal. It is so widely celebrated and shown through everything. Now of course during our stay there we went shopping and ate out at restaurants. Everywhere, I mean everywhere we went there was a hint of Hawaii’n culture. I loved learning about it all and just taking everything Hawaii truly was. 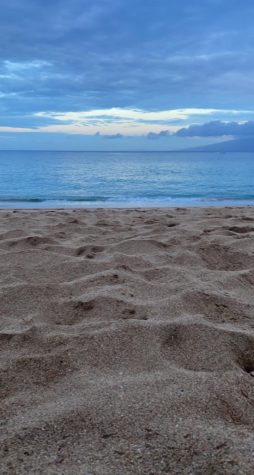 Everyone keeps asking me what my favorite part of Hawaii is and I keep thinking how crazy I’d be if I answered that. I don’t have one favorite part. The island and everything you do on it will leave you with a feeling that is unique. If you haven’t visited Hawaii before, put it on your bucket list, you won’t regret it.