Cancel Culture – When is it OK? 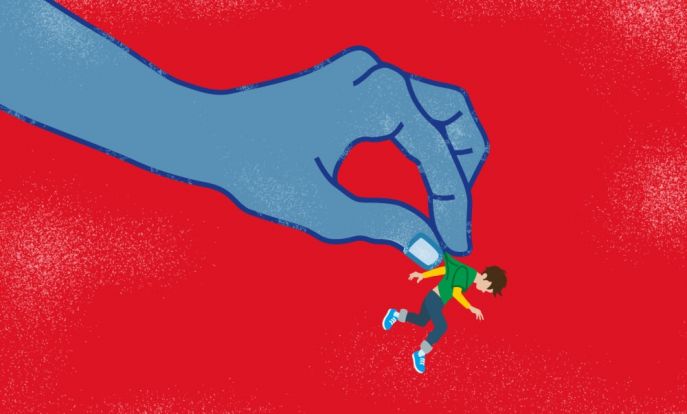 The social normalization of public shaming, withdrawing support, or excluding a person or group/organization for doing or saying something offensive/objectionable. Mainly cancel culture is used on public figures but individuals, projects, and shows are prone to it as well. I’ll be talking about recent examples of it.

I’m sure many have heard the term thrown around in the news, it’s become such a problem on the internet today that people are starting to discuss its morality. Some people have probably never heard about it but I’ll bring you up to speed.

In its short time it has already targeted many and has gone as far as ruining lives and opportunities. Some used to think that the internet was a free platform that anyone could display or broadcast their thoughts and ideas to have good open discussion, but now numerous are afraid of doing so with the emerging threat of being attacked or outcasted.

I’ll get more into the details for cancel culture, I will also be discussing its necessity and when it has gone completely overboard; How it ruins lives and people’s opportunity for colleges, jobs, and so much more.

With over 4 billion users and 10 billion devices connected worldwide, the world has never been so connected. The internet is such an essential part of our world and without it, it wouldn’t be the same. We incorporate it with everything including our modern day social medias like TikTok, Instagram, and Twitter. On these social medias, people share just about everything but some can find themselves under scrutiny by massive crowds of people for displaying offensive or distasteful content. That content could be political ideas/opinions or a simple comment.

It doesn’t feel new. Fights and conflict always happen on social media but it’s different when someone is “cancelled”.

When someone is cancelled, normally that person’s job or connections are attacked. If a person displeases a lot of people, a massive online crowd will contact that individual’s connections or employer and if whatever they did was “bad” enough, the person may lose his/her connections or even their job. It’s when a crowd basically agrees to boycott a person and most times that crowd can be incredibly brutal.

Death threats, doxxing, insults, and more threats are commonly thrown at the victim and when someone is under fire like that it can be a very traumatizing experience regardless of what they did.

Even if the person was obviously in the wrong, does it justify a mob to attack them with such brutality? This is a big question of cancel culture. Is it justified and does it really help anyone?

Something similar happened where two girls were on the site called Omegle, a chatting website where two random anonymous people are connected to a call to talk and socialize. The two girls were connected to a call where a person on the other end asked “How many points is a touchdown worth in basketball.” just an innocent question that was meant for a different response, but what the girls said next was completely unacceptable. The two girls insulted the guy, calling him slurs and insults, telling him to “Kill himself” and even going as far as calling him the n-word. The girls left the call afterwards but the guy had it on recording.

The guy posted the clip on his TikTok and explained that no one should ever do that, he also displayed on text over the screen to “expose these racist girls”. Soon after the post, people came out in the comments explaining they know the two girls. Their identities were leaked including their high schools they go to. Their sensitive information was thrown all over the comments and a massive crowd of people emailed their schools demanding that they get removed for their behavior.

I am not at all condoning their actions or behavior but it sparks a debate for when canceling is ok. I am not disclosing their names and I won’t be linking the video. This article was not made to attack them more, please do not send any more attention their way. The purpose of including this is showing an example, not to rile up another crowd. I’m going to say this now though and I’m going to repeat it a lot, Justice should not be managed by an online mob.

Some feel that this was completely justified. What they said was no joke but does it justify sending threats, insults, and them getting possibly being removed from their schools and connections? That’s the argument that I am addressing today. These two were relatively young, sure they were taught a lesson about doing stuff like that but what can they apply it to now? How do we expect a college or employer to accept them if they found out? In that time in highschool, one can seriously change but because of the internet it has cemented these individual’s behavior and it denies them to opportunities like admittance in to any large college, company, job, etc.

Social medias like Twitter harbors a ton of users who always try to get into drama and action. A lot of people get bored and they try to spark an event. Twitter is absolutely not safe for open discussion. One can try speaking out about what’s on their mind only to be met by name calling, threats, or even cancelling because it was a different thought from the rest.

Cancel culture is not a mace that you brutally bash people with because they display a different opinion from you. If anything it should be for people who have actually done wrong, but the lines aren’t drawn for people cancelling and they can pretty much attack anyone if enough people tag along and if that “wrong” offends enough people. An online crowd should not decide what a justifiable punishment is for someone, Justice should absolutely not be managed by an online mob.

I do not support the threatening, name calling, or cancelling someone for displaying different thoughts, I’m simply disgusted by it. “Wrong” can be literally the smallest nit-picky thing and you see this kind of stuff on Twitter all the time. People can be attacked for very stupid reasons and there has been crazy stupid examples.

Bill Burr is a stand-up comedian who was mainly under the spotlight recently for acting in the show The Mandalorian. He was chosen to speak at the Grammy’s to announce the awards but when he was saying names he had a ton of trouble with a Latin name. He’s a comedian though so he made a remark in a joking tone ,”The feminists are going nuts. Why is this cis-white male doing all this Latino stuff?” Twitter soon after blew up in a rage. I’m not going to go into huge detail but people tried to make the claim he’s nothing but a white racist male not knowing he’s married to an African American. That didn’t stop a lot of people making horrible remarks about his wife too. I would quote them but a lot go as far as calling her a s#x slave..

This is mainly why I choose to never use Twitter; stuff like this exists and I kinda lose faith in people because of it. If you use any social media though you somehow have to expect this type of behavior..

TV shows have gotten canceled too, like recently when Paw Patrol, a kids show, was stopped because it had a cop in it. A New York Times author was threatened by doxxing with remarks like “Get ready to be canceled,” because he/she was rumored to be looking for dirt on the Rationalist community. And the names of historical figures like George Washington, Abraham Lincoln, and Thomas Jefferson were canceled and were removed in many schools because they had “ties to racism and “dishonorable legacies”. I understand they were slave owners but Abraham Lincoln was the very president that had outlawed slavery, why and how can a school do that? You want to not teach history because the people in it were distasteful? We don’t teach historical figures because we like them or accept them, we teach about them because they had a big impact on the course of history. We teach about bad people like Hitler so we know what kind of person to NEVER follow, we teach the bad history so we don’t repeat bad history. I could list more but there’s so many examples of cancel culture going ridiculous lengths on something so harmless.

Cancel culture is a toxic bandwagon that people tag along in without thinking. It’s easy to jump on and it’s easier to be a part of it. If enough people follow you, you could ruin anyone for anything. It’s scary because you could’ve made a stupid comment 5 years ago just to be met with a large online crowd bashing you for it tomorrow. Cancel culture forgets that people change. In the course of a year someone can be a completely different person, but a lot don’t understand that and some go as far as disputing that.

How can you help in the stopping of cancel culture though? A lot of people think there’s nothing to do but in reality it starts with you. Before you jump on board something, honestly ask yourself ”Does this help anyone?” and “Is this justifiable?” Obviously I wouldn’t expect the world to follow this, but until the people behind the toxic cancelling are held accountable, nothing will happen to cancel culture. Please, even if you think someone did wrong and you think they need to be punished, understand that your hatred can fuel horrible things. At most, unfollow, give constructive criticism, and leave it at that. Anything more than that is completely unnecessary. This is a toxic culture that you should never be apart of for any reason.