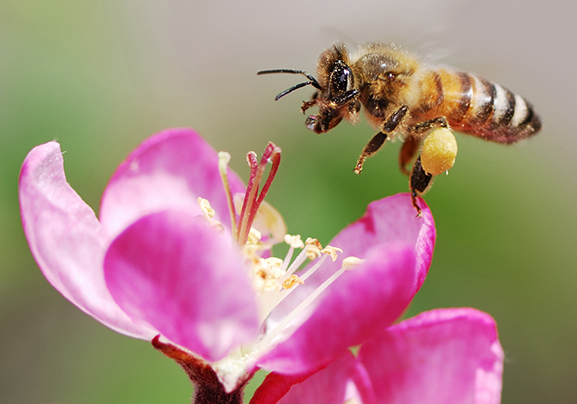 Honey bees-one of the worlds biggest pollinators-are going extinct. Honey bees pollinate 80% of the worlds plants. The honey bee is also responsible for $15 billion in U.S. agricultural crops each year.

There have already been 8 different of species of bees that have been put on the endangered list. National Geographic says ” New research using a massive dataset found that the insects are far less common than they used to be; in North America, you are nearly 50 percent less likely to see a bumblebee in any given area than you were prior to 1974.” This is an incredible decrease and our agriculture is suffering from it as well. Our farms are using insecticides and this is causing CCD. CCD or Colony Collapse Disorder is the phenomenon that occurs when the majority of worker bees in a colony disappear and leave behind a queen, plenty of food and a few nurse bees to care for the remaining immature bees and the queen. This is caused from pesticide poisoning being applied to crops or for in-hive insect or mite control. With the 20,000 species of bees in the world, if all the bees died off, there would be major rippling effects throughout ecosystems. According to Britannica “This would alter the composition of their habitats and affect the food webs they are part of and would likely trigger additional extinctions or declines of dependent organisms.” If bees go extinct then a lot of our agriculture and plants would also go extinct. Bees are a necessary pollinator and are important for our plants and the food we eat everyday.