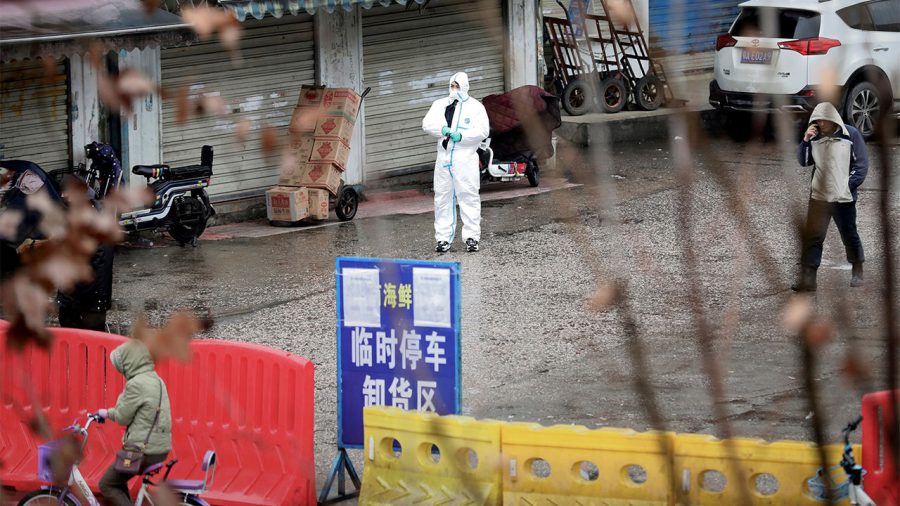 Disclaimer: Before reading this, just know this story is still developing and investigations will most likely follow to confirm or debunk this article. This is nothing but pure speculation from the scientific community and world.

February of 2020, near the end of the school year, the world was met with the possibility of a lock-down to further prevent the spread of COVID. and it was around February that three cases had popped up in parts of Colorado. The economy closed it’s doors and held it’s breath as COVID was making it’s way across the globe. The lockdown was initially going to last two weeks, but we all learned harshly that just wouldn’t be the case.

It’s been about a year since then and the world is trying to lift itself back up. Businesses are opening, schools have opened, concerts and festibles are back. The question is no longer “How do we beat COVID?” but now “How did this happen?” “Where did it start?” and ,”Why did it start?” The world is working hard to explain the epidemic’s origins and there’s speculation that a “debunked” conspiracy might actually be the truth we’re seeking.

But first let me give a brief summary for context.

COVID-19 was first identified in China in the city of Wuhan and it was originally thought that it started in a seafood market. The first reported case in China had no reported link to the seafood market, neither did later cases. Chinese health authorities reported that “most” cases had links too the seafood market but it’s hard to trust the Chinese government.

Chinese doctor, Dr. Li, had discovered the virus around December of 2019, but the Chinese government censored and warned Li for “making false comments,” that “severely disturbed the social order.” When Li tried to alert the world.

Dr. Li would later pass away to COVID-19, leaving many outraged by China’s horrible response to the rising epidemic.

And if you can remember a year ago, there was conspiracy that COVID was actually a leaked “man made virus” that escaped the Chinese virology lab in Wuhan China. To be honest, at the time there was a lot of evidence to point towards parts of that, but the scientific community and media largely disagreed; Calling it nothing but a “wild conspiracy” tossing it in the disposal.

Although suspicion has been building since then and the possibility of the lab starting the outbreak actually seems more reasonable than the fish market. News picked up the story again and more evidence is pointing back to that Wuhan virology lab. Many scientists aren’t believing that COVID had “naturally” made it’s leap from infecting animals to humans in such a short amount of time. Such a “Leap” between animals to humans normally takes quite long. Even if COVID did manage to do this under the radar, it was somehow already adapted to killing humans which raises eyebrows in the scientific community. Sure.. The chances of the leap happening fast are there but for it to be an instant human killer is a stretch..

“Initially, the virus is usually not well-suited to the new host (new species) and doesn’t spread easily. Over time, however, it can evolve in the new host to produce variants that are better adapted.” Source here (read this for more information on virus’s leap)

“Gain of Function research”  is the practice of purposely exposing a disease/organisms to new hosts to increase mutation, transmissibility, and host range. Do you want to know who was currently doing this during the outbreak? Apparently the Wuhan Virology Lab.. What’s worse is that the U.S. government was funding the lab’s research but it has recently been halted because of these concerns.

There are arguments that the government wasn’t funding the lab to do “Gain of Function Research” and that the $600,000 actually went into the study if bat coronaviruses could be transmitted to humans. It’s unclear that if the lab was honest in it’s research though and the only way we can know for sure is if we push investigations.

Did the Chinese Lie doing Gain of Function Research?:

If China had actually done this research and their amped up virus somehow escaped from the lab, it would partially explain it’s EXPLOSIVE spread to the world. How it was perfectly adapted to killing humans and high infectivity after it’s leap from bats/animals.

It’s likely that this was an accident.. but a 16 trillion dollar, world wide economy collapsing, 3.5 million killing accident cannot be swept under the rug. So it’s only proper that many investigations go under way to understand the situation in it’s entirety even IF it truly was a conspiracy. The origins need to be pinned down and understood if we want to learn from our mistakes. We are partly responsible for the spread and we need to further understand how to prevent diseases into becoming world wide pandemics.

How do viruses leap?